One of the most incredible aspects of any MedStartr campaign or challenge are the amazing people who step up and get involved in your idea.  In a Challenge like the one we are helping the New York AHA with presently, getting in front of the Judges of the challenge is often among the best aspects for a new idea.  We are pleased to announces the five distinguished judges for the 2014 American Heart Association of New York Health Innovation  and Investment Forum Challenge!

Read more and apply today for a chance to win up to $25,000 in grants, a public crowdfunding campaign and a whole lot of press.  Hurry up! The challenge ends this week.

Maria Gotsch is the President and CEO at the Partnership Fund for New York City, which is the investment arm of the Partnership for New York City. In addition to leading the Fund’s operations, Maria has spearheaded the creation and operation of a number of the Fund’s strategic initiatives, including:  FinTech Innovation Lab; New York Digital Health Accelerator; NYCSeed (seed financing for IT/digital media companies); BioAccelerate Prize NYC (proof-of-concept funding for university-based biomedical research); Arts Entrepreneurial Loan Fund (low cost loans for mid-size arts groups); and ReStart Central and Financial Recovery Fund (assistance and funding for small businesses impacted by 9/11/01).

Prior to joining the Fund in 1999, Maria was a Managing Director at BT Wolfensohn (now part of Deutsche Bank), providing strategic and financial advice related to mergers, acquisitions, dispositions, joint ventures and the development of business strategies. Before starting with Wolfensohn, Maria worked at LaSalle Partners in the New York area and for Merrill Lynch Capital Markets in New York and London. Maria has an MBA from Harvard Business School and a B.A. from Wellesley College. She was also the recipient of a Fulbright Fellowship to study international relations at the Institut Universitaire de Hautes Etudes Internationales in Geneva, Switzerland.

Amanda Parsons, MD, MBA is the Deputy Commissioner of the Health Care Access and Improvement at the NYC Department of Health & Mental Hygiene (DOHMH). She oversees the Primary Care Information Project, Correctional Health Services, Primary Care Access and Planning bureaus for the agency. Prior to that, Dr. Parsons served as PCIP’s Assistant Commissioner after serving as the Director of Medical Quality, where she was responsible for creating and leading the Quality Improvement, Billing Consulting and EMR Consulting teams deployed to PCIP’s small physician practices. Prior to joining DOHMH, Dr. Parsons worked for McKinsey & Company as an Engagement Manager serving clients in the Pharmaceutical & Medical Products and Global Public Health sectors. She earned her M.D. and M.B.A from Columbia University and completed medical post-graduate training at Beth Israel Medical Center in Internal Medicine. Dr. Parsons is a frequent presenter and panelist, focusing on Quality Improvement, Electronic Medical Record adoption, Patient-Centered Medical Home, and Meaningful Use.

Bert Navarrete is an experienced investor and Co-Founder of Tigerlabs. Prior to Tigerlabs, Bert was a Co-Founder at a startup that built interactive sports applications for Connected TVs and second screen devices. Previously, Bert was responsible for M&A and venture investments at Internet Capital Group (ICG). Bert has made investments in early stage companies across a variety of technology sectors and has had broad operational and investment management responsibilities.

Prior to ICG, Bert was an Investment Partner at Mitsui & Co., where he led Mitsui’s New York Technology Investment Group. While at Mitsui, Bert was responsible for managing and executing venture and private equity investments and oversaw the group’s overall investment strategy. Previously, Bert was VP of Technology Strategy and Business Development at Merrill Lynch Technology and also managed a strategic venture fund consisting of investments in the internet, media, and mobile sectors.

Bert has served on the board and was an advisor on several notable investments, including CapitalIQ (NYSE: MHP), The Wedding Channel (NASDAQ: KNOT), MyFamily.com (ancestry.com), and Synacor (NASDAQ: SYNC). Bert was also a founding member of Merrill Lynch’s first seed-stage venture fund.

Cheryl Pegus, MD, MPH is EVP of HealthFleet, Inc. an e-health prevention company. She is also the President of the American Heart Association (AHA) Founder’s Affiliate and a Director of Glytec and HealthFleet, both privately held and Independent Lead Director of Vision Sciences, Inc. (VSCI: NASDAQ). Dr. Pegus is a cardiologist, a member of the Dean’s Circle of Weill Cornell Medical College and previously was the Chief Medical Officer of Walgreens and GM of Symcare Personalized Health Solutions, Inc. a J&J diabetes company. 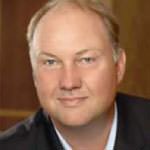 Ed Wise Chairman and CEO, the CDM Group
Ed joined CDM in 1984 (its founding year) as a writer. After leading first as Creative Director and later as President, Ed became Chairman and CEO in 2007. Since then, Ed has been a driving force behind every major evolution of the CDM Group. Under his stewardship, the organization has become the largest fully integrated healthcare communications company in the world.

His accomplishments earned him the place of “Advertising Person of the Year” in Med Ad News (April 2007) As CEO, Ed leads with an unshakeable belief that personal growth and constant evolution are essential in keeping our people—and CDM Group companies—at the forefront of the healthcare communications industry.

He ensures that the values of substance, style, conviction, and grace are central to all of our agencies, binding our people together with common standards and ways of doing business. The result is that The CDM Group is a highly diversified, far-reaching group of agencies, but with a cohesive culture and clear vision.

Ed is also extremely protective of the culture and environment that has made The CDM Group a destination for the most talented people in the business, and it’s shown. In 2011, The CDM Group was named #4 among “The Most Popular Places to Work in New York City” by Business Insider.

Away from work, Ed and his wife provide spectator services for their four children, who are in constant need of an audience. He is also an active Bucknell University alumnus, teaching marketing as a visiting instructor in his spare time.