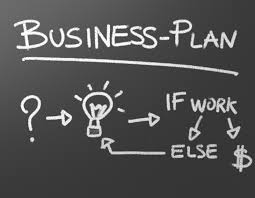 I was on a panel a few weeks ago at Health 2.0’s Matchpoint East New York with my friends Unity Stoakes from Startup health and Brad Weinberg from Blueprint Health when Unity noted that the days of the business plan being the first thing people do were over. I could not agree more, especially for early stage companies like many of the ideas that get started on MedStartr.

I didn’t write a plan for MedStartr itself until September and we launched the site in July. It’s actually kind of funny. I was headed to San Francisco and had a bunch of meetings with people I thought would want to see it down on Sand Hill Road. So with about two hours of battery life, I decided to write my biz plan in my very cramped coach seat, much to the annoyance of the people on either side of me. Why didn’t I write it before? Because I had no idea what the plan was.  Yes, I had a pretty clear vision of what I wanted to create, but I really had no idea what the market would say and I wanted to listen closely whatever it had to say.

And this is the point, that if you don’t listen to your potential customers first, then you have no idea what to write and no business being in business.  This is why I love the image above, which I borrowed from Jennifer Ward from Clark College, because it expresses that one should find the “$”, else, return to idea phase.  I wish I did that for FairCareMD.com, where I wrote a 54 page business plan and didn’t figure out where the money was for 18 months and three versions.  If I had crowdfunded FairCareMD in 2009 instead of 2012, I would have developed much faster and smarter.

This is why crowdfunding is crucial to any startup these days, it validates your model and answers the question, “If I build it, will they come?”  If you can’t crowdfund it, you probably shouldn’t build it.  There are three reasons projects fail on Crowdfunding sites and while our higher service levels can minimize these three reasons, we can’t do much about customers not wanting your creation.  In the case of FairCareMD, we learned that people wanted it, they just didn’t want to pay for it yet.  So we switched to a freemium model and threw ads all over the site, making the company profitable for the first time.

Oh, and that business plan I wrote at 14,000 feet on the way to San Fran?  Nobody asked for it on that trip, of course.

Do I Really Need a Business Plan? | BarCamp Sarasota

[…] minimize these three reasons, we can’t do much about customers not wanting your creation. Source: http://about.medstartr.com/do-i-really-need-a-business-plan/ Follow us on Facebook at […]