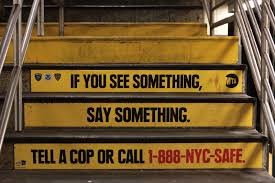 (Healthfoo was supposed to be this weekend, I believe this is what my Ignite Talk would have covered.)

I am perpetually amazed by the power of crowds. In light of how the Boston Marathon Bombing played out, powered by mobile and private videography, reddit crowd-based analysis, and a man checking his backyard – all well coordinated by federal, state, and local experts, one can’t help but be inspired. Can Crowds Really Cure Terrorism? I know it is infinite hubris to even think this, especially living in New York and having watched a plane crash into WTC Tower # 2 from a rooftop in Queens. But then again, look at the success of anti-bullying campaigns.  As a kid I saw no way to stop bullying at school and now, at least in some schools, everyone is on watch and doing so is completely taboo and apparently kids like me don’t get stuffed into lockers much anymore.

But Terrorism? Imagine if we all Saw Something and Said Something, would it work? How many of us have done that? I know I did it a few years ago when I saw a yellow steel box left in my subway car and I know many others who have been similarly vigilant and reporting. It works and 8 million eyes in New York are trained to look and think and report. This is far more effective than any 34,500 well trained pairs of NYC Cop’s eyes could ever be. The amazing thing is that the authorities are no longer just training eyes, but ears and tongues as well. We have a Participatory Police Force that welcomes and respects the assistance of the people they are trying to help.  Just as important, we have an activated population that believes in the Rule of Law and trusts the Cops. When I reported that Yellow Box that day, the person at the booth on the platform was fast, courteous, professional, and said that the train would be stopped and emptied at the next station. It was that fast, reinforcing my trust for something that matters a great deal to all of us. 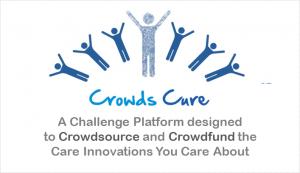 Now let’s think about how this applies to healthcare. Imagine if the trained experts, Doctors, Nurses, and Allied Health Professionals, were asking you for your observations, taking them seriously, and treating you with the same respect. OK, maybe the bomb inside us will only kill one person, but since that one person is there and talking, one would think that your care experts would take the observations of one who is there watching for signs 24/7, not for 7 minutes a year, more seriously. Yes, there is a clinical interview, considered to be the gold standard of gathering information, but how often are details ignored?  Why doesn’t a doctor review my logged data?  What about the labs that we can’t see? What about the data from my mHealth App they won’t look at? What about answering an email?

If healthcare Participatory behavior were truly at the level that the Boston community and police force showed in the Boston Marathon Bombing, we would all be enabled to hack our own data, share it, learn from it, and combine it for study and dissemination for the public good and for everyone to learn from (de-identified of course). As it is, most docs won’t even listen beyond what fits into the check boxes, don’t answer email, and are not participatory at all.

Some say the older generation must retire before change will happen but I have seen tremendous change in just two years on the topic of medical pricing, as I blogged about on my FairCareMD Blog last week. Sure, people like Arizona Governor Jan Brewer can Veto Price Transparency legislation once, but the people have all the power and her ilk will not rule the day much longer. I mean the woman disbelieves Global Warming too, easy enough in Arizona I expect, but tell the people of New York and New Orleans that nothing has changed lately and see how many people believe you anymore.  …but I digress…

My point is that if we can make good progress on Terror by engaging crowds that care and reduce bullying by engaging students to not passively watch it happen, why not healthcare?  Everyday we engage crowds that care about specific disease states and we ARE making great progress – Thanks to all of you who make it happen.  Thank you also to organizations like the US Department of Health and Human Services that have embraced crowds, Health 2.0 that gave Patients a Voice, and the Society for Participatory Medicine that gave us a forum for these discussions.  Hundreds of other Participatory organizations have been started in the last few years, please list them in the comments with links and make sure everyone is aware of them.  Use this format:

I will start it out:

The Society for Participatory Medicine – Online and off discussion boards and perhaps a conference soon?
FairCareMD.com – Free site that lets doctors offer fair fees for care and patients get them or book an appointment
HIBC.TV – Free site that lets anyone watch videos relating to Healthcare Innovation
Health 2.0 – Organization that runs conferences that loves to put participatory medicine ideas on stage
Let Patients Help – book by ePatinet Dave DeBronkart
Regina Holliday – The Walking Gallery
Patients Like Me – online patient community
Talk About Health – Online moderated discussion between doctors and patients and community
Cancer101 – Where patients can go to learn about how to deal with their cancer

and so many more, please post your org below!  …but once again i digress…

The Boston Bombing response shows how Crowds that Care can help solve a case in a city of over 600,000 and just how powerful crowds can be.  As a society I believe we have learned to be helpful as a crowd and governments have learned how to accept that help, a key transition in the war on terror.

Will Crowds “Cure” Terrorism?  No, not likely, there will always be cowards willing to hurt others to prove some point or nut jobs who go off the deep end.  All we can do is prevent, respond, and track down the terrorists better – and Crowds can definitely help in all that.  Similarly, Crowds Can “Cure” Cancer.  Once again, it may not cure the cancer, but by Letting Patients Help, I do believe we can make faster, better progress.  Just look at our friend Dave DeBronkart.  He would not be alive today if he did not find a Participatory medical center and Physician that listened to him.  His wonderful books that have led the way in the entire Participatory Medicine movement, would not exist either.  Thank you Dave and to Dave’s doctors, for inspiring Crowds that Care and driving forward change in healthcare that could indeed cure many.