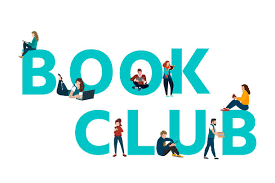 Our last panel discussion was about the book we are reading during the quarantine. We decided to put them in a list for everyone to checkout!

Tuesdays with Morrie by Mitch Albom-

Tuesdays with Morrie is a memoir by American author Mitch Albom about a series of visits Albom made to his former sociology professor Morrie Schwartz, as Schwartz gradually dies of ALS. The book topped the New York Times Non-Fiction Bestsellers of 2000. An unabridged audiobook was also published, narrated by Albom.

David and Goliath: Underdogs, Misfits, and the Art of Battling Giants is a non-fiction book written by Malcolm Gladwell and published by Little, Brown and Company on October 1, 2013. The book focuses on the probability of improbable events occurring in situations where one outcome is greatly favored over the other.

While many people talk about how great it is to start a business, very few are honest about how difficult it is to run one. Ben Horowitz analyzes the problems that confront leaders every day, sharing the insights he’s gained developing, managing, selling, buying, investing in, and supervising technology companies. A lifelong rap fanatic, he amplifies business lessons with lyrics from his favorite songs, telling it straight about everything from firing friends to poaching competitors, cultivating and sustaining a CEO mentality to knowing the right time to cash in.

The Hot Zone: A Terrifying True Story is a best-selling 1994 nonfiction thriller by Richard Preston about the origins and incidents involving viral hemorrhagic fevers, particularly ebolaviruses and marburgviruses. The basis of the book was Preston’s 1992 New Yorker article “Crisis in the Hot Zone”

Leading when your not the boss by Roger Strathhausen

This book supports the trend in many corporations toward flattening parts of their traditional top–down hierarchical management systems into more egalitarian, democratized, and distributed organizational forms. It analyzes the weaknesses of “management” culture at a time of ever more rapid change and complexity in the business world and illustrates how flattened organizational units increase agility, innovation, and efficacy. Moreover, it discusses how individuals can exercise effective leadership despite lacking the command-and-control authority of conventional bosses and ways for organizations to cultivate effective “post-management” cultures.

Eating Animals is the third book by the American novelist Jonathan Safran Foer, published in 2009. A New York Times best-seller, Eating Animals provides a dense discussion of what it means to eat animals in an industrialized world.

An American Sickness: How Healthcare Became Big Business and How You Can Take It Back by Elisabeth Rosenthal

Breaking down this monolithic business into the individual industries—the hospitals, doctors, insurance companies, and drug manufacturers—that together constitute our healthcare system, Rosenthal exposes the recent evolution of American medicine as never before. How did healthcare, the caring endeavor, become healthcare, the highly profitable industry? Hospital systems, which are managed by business executives, behave like predatory lenders, hounding patients and seizing their homes. Research charities are in bed with big pharmaceutical companies, which surreptitiously profit from the donations made by working people. Patients receive bills in code, from entrepreneurial doctors they never even saw.

the four steps to the Epiphany: Successful Strategies for Products that win by Steve Blank

In 2014, Admiral William H. McRaven addressed the graduating class of the University of Texas, in a video which immediately went viral. He shared the 10 life lessons he had learned during his Navy Seal training that helped him overcome challenges not only in his long Naval career, but also throughout his life. In Make Your Bed, he builds on these principles by sharing inspiring tales from his own life and those around him in the military, explaining how anyone can use these basic lessons to change themselves for the better. Maintaining routine and structure is more important than ever in the age of home working, flexi-time and the general business of life. Learn exactly how to master the essential daily habits that will ensure your mind stays both calm and ready for the day ahead.

Engaging and informative, this reliable resource skillfully outlines the essential elements of the venture capital term sheet—from terms related to economics to terms related to control. It strives to give a balanced view of the particular terms along with the strategies to getting to a fair deal. In addition to examining the nuts and bolts of the term sheet, Venture Deals, Second Edition also introduces you to the various participants in the process and discusses how fundraising works.