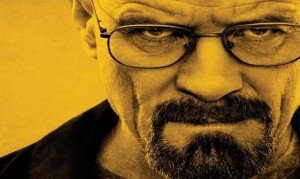 While I was walking across Manhattan this morning I was thinking about potential Halloween costumes for tonight and being a former scientist that left a promising career under, let’s just say non-ideal, circumstances, Walter White came to mind. He was a character I identified with, not in an amoral Crystal Meth lab maker kind of way, but in the addictive business of startups. Let’s face it, startups are the Meth of creative and smart people who want to make a big difference and maybe even get rich doing so. It is so cool to find yourself in the news or being courted by investors and institutions that you forget that you forgot to pay yourself for a quarter – and for most healthcare entrepreneurs with families and bills to pay, that is at least as bad as Meth addiction. So as you contemplate the move from the lab out to market, from being cog of the machinery of modern medicine to being a badass billionaire, consider the price you pay for your addiction.

But if that was the only lesson to take away from the Walter White character, I probably wouldn’t be writing about him today.  Indeed, I want all to be warned of the danger of the startup life and DO NOT step off that cliff unless you are prepared to risk everything you have.  I repeat, DO NOT.  Don’t quit your day job and make sure you set and keep yourself to definite limits of time and expenditure until you have a model, method, or the money that is proven and in the bank.  We have seen far too many careers ruined, divorces, and people broken like Walter White eventually was by the startup life.  I know everyone else in this business emphasizes the upside, but you need to watch out for the downside because it can be pretty bad, as bad as any other addiction.

Okay, so with that warning, let’s talk about what was great about what Mr. White did and how it relates to fixing healthcare.  The current state of the healthcare industry is much like the Meth cooking industry.  It is filled with entrenched interests that want to maintain their territories and even keep feeding us drugs that often treat the symptoms rather than the disease.  More importantly, this limits innovation which makes it so really smart people can’t invent new ways of doing things and cures can’t be found because the same bad medicine is being pushed on the people.  The best modern example of this was Dr. Barry Marshall’s discovery of cause and then a cure for ulcers that disrupted a billion dollar industry and eventually won a Nobel prize for it.  This is happening all the time in myriad ways, but what Walter did different was he made a better product and forged ahead.  He didn’t quit his day job until he was making money.  He got partners that made billions while he made millions and let him take his game to the next level (this is good usually.)  He developed a team that was dedicated and loyal, but not without it’s issues.  Eventually he got funded from people with non aligned interests that stuck him in a basement and eventually hired his staff and tried to kill him.  In the end, due to many mistakes in judgment, he lost what mattered most to him, why he started the whole thing in the first place, his family and eventually (spoiler alert) his life.

Now this is an extreme example and most big companies have an active innovation programs that are amazing, but every startup addict knows all of these things happen to some extent.  Making the right choices makes all the difference and watching Breaking Bad is like watching the consequences of bad decision making over and over again.  His judgment seemed to often be clouded by his anger for decades of not being appreciated for his discoveries that led to the success of his former partners.  Fortunately, most of us are not as amoral or deficient in judgment as Walter White.

Still, over 95% of new ideas used to fail in healthcare.  It is a hard industry to break into and no matter how much passion you have, often it is not enough without a crowd to support you.  We are happy to report that we have improved that statistic vastly for our clients.  Better yet, we have been able to help companies forge partnerships and term sheets that are pretty great for both sides. This is because when you have traction in the marketplace and good advisors and mentors, your risk is reduced and negotiating position is generally much better for both sides of the table.  As a result we have helped over 100 new innovations in healthcare break out, forming over 150 partnerships and raising over 63 million dollars, just in the last two years since we started MedStartr. This has led to better lives not just for millions of patients, but also hundreds of startup addicts like ourselves and thousands of physicians, companies and institutions that have adopted their new ideas.  When you get a crowd behind your idea you break away from the delusional belief structure that can surround you when you have a startup.  The crowdfunding failure is also just as important because it acts like a cold dose of reality and helps entrepreneurs quit a bad habit, or at least to change the plan until people do get behind it and make the magic happen.

No discussion of Breaking Bad would be complete without some periodic table references too. Here is my favorite, recently published by Lisa Suennen (@VentureValkyrie) on TheDoctorWeighsIn blog published by my friend Dr. Pat Salber. Thank you Lisa for including MedStartr.

For companies and individuals with great ideas, please be welcome to reach out to see how we can help your innovation take off. 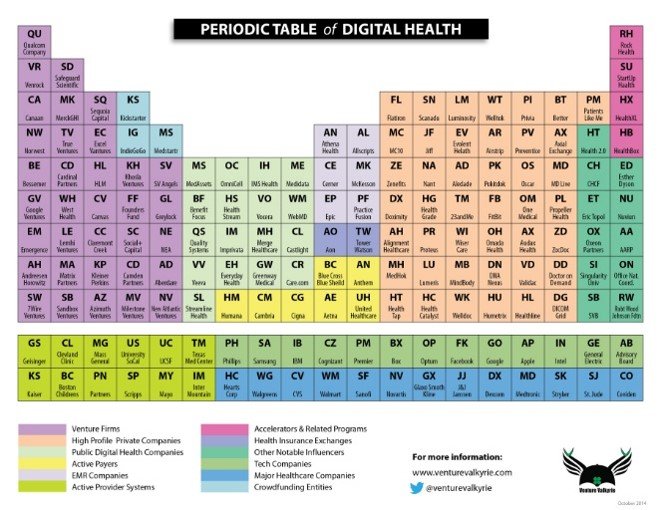