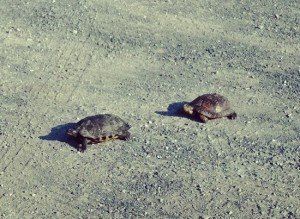 The medical community has long suffered from a disease we are naming Adoption Deficiency Syndrome, or ADS.  It is characterized by an unwillingness to try new things despite evidence of potential benefit.  This pathology is rooted in an excess of caution, which, like we see in auto-immune diseases, is often a matter of a good thing gone wrong when it is functioning properly.  Caution, exacerbated by stubbornness and prejudice, as well as an excessive ignorance of newly available facts, can often lead to ADS.

Once contracted, ADS can spread to a medical community at large and is highly virulent and can kill millions.  In a notable case from the early 20th century the disease Pellagra was thought to be contagious, but the vector was unknown. By 1914 Pellagra reached epidemic proportions in the American South. Between 1906 and 1940 more than 3 million Americans were affected by pellagra with more than 100,000 deaths. Pellagra deaths in South Carolina numbered 1,306 during the first ten months of 1915; 100,000 Southerners were affected in 1916. At this time, the scientific community held that pellagra was probably caused by a germ or some unknown toxin in corn. In 1915, Joseph Goldberger showed it was linked to diet by inducing the disease in prisoners. His study of 11 prisoners should have convinced the medical community. Before the experiment the prisoners were eating fruits and vegetables from the prison garden and were in good health. Goldberger started feeding them only corn. About two weeks into the experiment, the prisoners complained of headaches, confusion, and loss of appetite. In the third week, seven of the 11 broke out in pellagra, and two prisoners begged for release. Goldberger cured them, feeding them fruits and vegetables again. In 1920s he connected pellagra to the diet of rural areas with corn-based diets rather than infection, contrary to the common medical ideas of that time. Despite all his efforts few physicians believed him and pellagra continued to ravage the South and people around the world well into the 1940s when his ideas were finally accepted.

Medical and scientific history is rife with such examples from Copernicus to hand washing to the multiple mutation model of cancer pathology to the slow adoption of new technology.  As the pace of change goes up, the need to adopt and adapt rapidly is critical.  Caution is still very important, but once presented with clear evidence that an intervention may be successful, a little experimentation is warranted.  ADS has killed millions from the medicine man shaking a bag of bones over a “patient” to doing a bad job of disease management.  If there are better tools, we need to adopt them or at least open our minds, practices, and hospitals to pilots.

This is why, when the NYCEDC leaders asked us what healthcare startups needed most, we said PILOTS with the established institutions.  They listened and the beautiful result was the Health Tech Pilot Program, which announced its 2nd class last month.  Not long after designing that program we started MedStartr.com to create an open and online system for such pilots and programs to develop.  We are very proud to report that over 150 such pilots and partnerships have started in the last two years through our platform and over 80 new idea 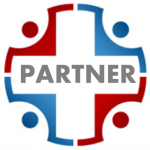 s have made it to market.  Version 3 of the platform is coming soon and will enhance these aspects, treating ADS and preventing recurrence.

We also have had good success with an adjuvant therapy called “running Challenges.”  In these Challenges, stakeholder organizations such as Governments, Universities, NGOs, Corporations, and Medical Institutions can drive adoption by offering grants and partnerships for the best new ideas that help solve the big problems they see.  It works beautifully and more are coming all the time.

So visit MedStartr, Start a Challenge, sign up as a Mentor, donate to find a cure – get involved and help us find a cure for ADS.  It won’t hurt a bit, we promise : )